The recent run of South-west and Westerly winds is probably responsible for the lack of any appreciable influx of the colourful Waxwing into Orkney, but the wind pattern could change in the near future – so keep looking!  Among the smaller birds numbers of Blackcaps are still arriving and also more Bramblings and Chaffinches.  Blackcaps have been readily feeding on apples put out by householders.

One tiny gem of a bird the pretty Yellow-browed Warbler is still being spotted among trees and shrubs here and there in Orkney. Up until a few years ago it was considered a real rarity in Britain but is now regarded as a regular, if scarce, migrant. It breeds in the Siberian Taiga and most of the population winters in tropical South-east Asia. One or two birds have remained in the South of UK over the last few winters but none so far in tropical Orkney!

Large numbers of Redwings have been passing through the County and many have been stopping in people’s gardens to shelter and forage for invertebrates and berries. At last the Fieldfare migration has got under way – it seems to get later each year.  Recently big flocks of this large and handsome thrush have been spotted – one of 500 birds over the Stromness Loons.

Our wintering flock of rare Greenland Whitefronted Geese arrived on schedule a week ago at the RSPB Loons Reserve. If you want to take a look at this flock it is often best viewed not from the hide but from the view-point ½ a mile to the east.  The birds often graze the fields at the foot of Yonbell Hill some way away, so take a telescope if you have one.  You could be lucky, for on occasions they will be found in the fields close to road which runs past the hide affording excellent views.

By far the most numerous bird in the countryside at the moment is the graceful Golden Plover.  Vast flocks, sometimes a thousand or more, can be seen swirling around the sky or foraging on grass or stubble fields.  Although in winter the plumage is subdued, before they leave for their Northern breeding grounds in spring most will have developed the plumage on their backs which glints gold in sunlight and gives rise to their name.  Contrasting black under-parts are separated from the gold by a white border.  With narrow pointed wings and very rapid wing beats these are one of our fastest flying birds.

There is still much to be seen in the countryside in November! 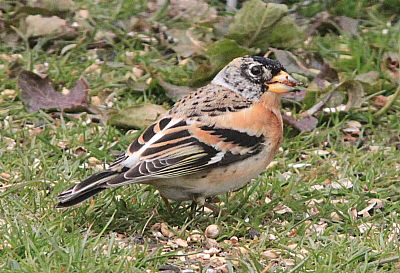