Now that the dust has settled on the SCDA Scottish Finals, we can post our peedie "well done" message!

The team gave a fantastic performance alongside great productions from the other 7 competitors across the three nights last week and did Stromness and Orkney proud. Gaining four more trophies (Second Place, Highest Marks in Direction, Best Stage Decor and Best Play depicting Scottish Life and Character) was quite an end to the 2022 festival run.

I think we can speak on their behalf when we say its been a fantastic journey but Jock, Blind Mary and their supporting cast and crew are content to now tak off those boots and pit their feet up for a rest!

We'd also like to congratulate FADS on their win, and wish them the very best of luck for the British Final in June; and congratulations also to Greenock Players who took home the Third Place trophy.

Thank you also to Wick Players 88 Theatre Red Rag Theatre The Florians Carnoustie Theatre Club for bringing their shows to Orkney; we hope you and your supporters had a great time and that we see you again soon! 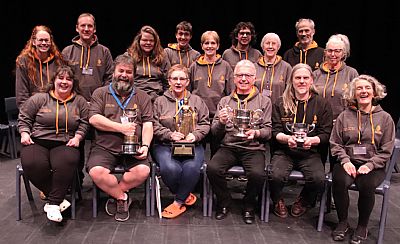