The effects of Brexit (which let's not forget every single region of Scotland voted against) and the global pandemic have created a cost of living crisis. Energy bills are skyrocketing, forcing ever more people into fuel poverty (and there was already a shamefully high percentage of fuel poverty in energy-rich Orkney).

A new National campaign is now underway to raise awareness of the fact that energy policy is reserved to Westminster. Without independence there is little the Scottish Government can do to address the systemic problems in the UK. 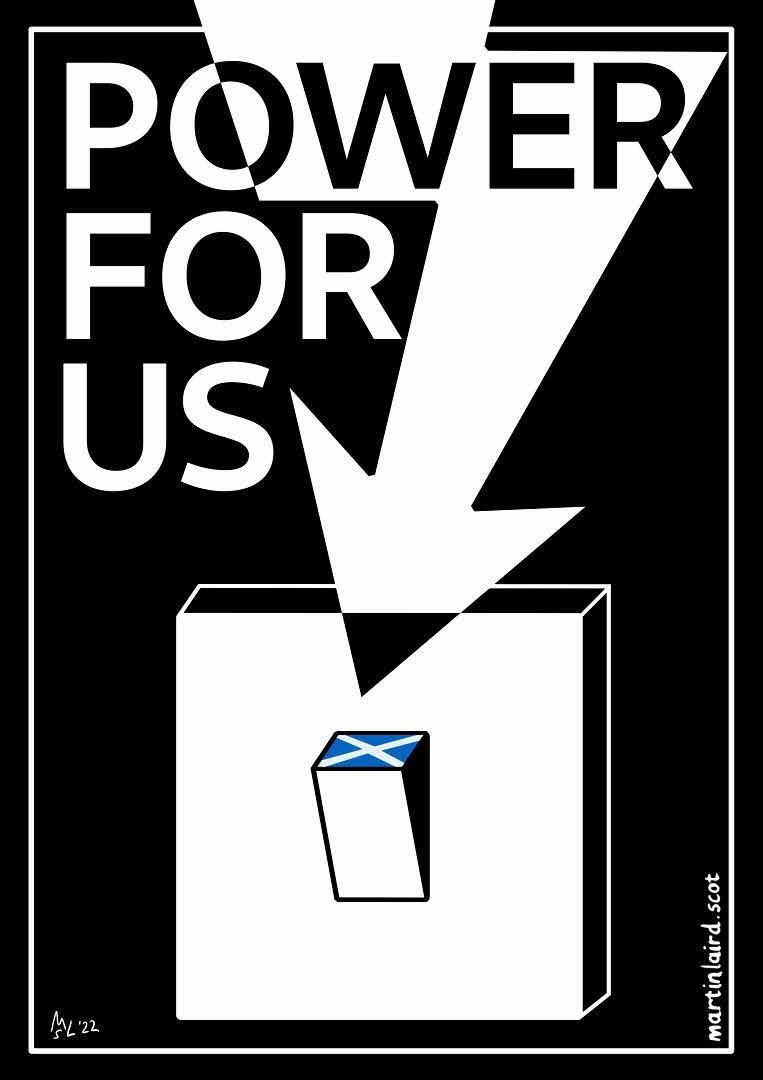 You can help the campaign by downloading, sharing, and/or printing and displaying the Power For Us poster. There is a 1080p version (seen here) for internet use, as well as an A4 file for print which you can download at the following link: download

Based on an idea by Yes Orkney activists, the poster was designed by Orcadian artist Martin Laird, who has given permission for any individual to use it for non-commercial purposes.

As recently reported in The Orkney News, energy companies (those that haven't gone bust) are currently making billions in profits. None of that money is being passed on to their struggling customers. Instead we are all being forced by the British Chancellor Rishi Sunak to accept a £200 loan, a levy which does little to address the astronomical price rises and which we will have to repay with £40 being added to our bills over the next 5 years, whether we like it or not.

The Highlands and Islands are not at the periphery when it comes to energy generation - they are at the centre of a renewable energy bonanza. Yet island residents pay the highest electricity prices. The system is unfit for purpose, and that is just the tip of the iceberg when it comes to the injustice inflicted upon British citizens. For example France, where the state retained a controlling stake in utilities, has capped price rises to 4%. In the UK it is 54%.

In 2014 control over energy policy was a compelling reason for independence, but it has now become a necessity. 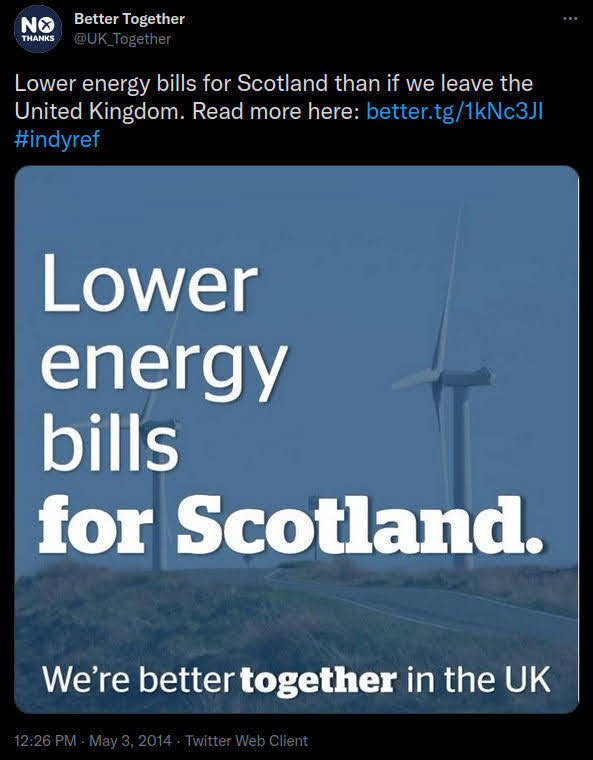 Ever get the feeling you've been cheated?