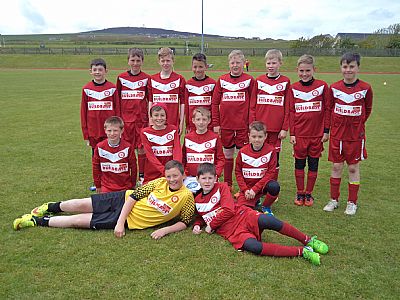 The football action continued yesterday at the Picky Infield with an Orkney v Shetland double header following on from an Orkney/Shetland Under 12 Select match against Inverness Caley Thistle.

In the Orkney v Shetland clashes honours were shared. The Orkney B team outplayed their Shetland rivals and were 3-0 up at half time with goals from Magnus Runciman, Finn Hancock and Alexander Scott. Nairn Hall and a second from Alexander Scott completed a convincing win for the home side.

The A team did not fare so well despite having much of the play against Shetland.  A breakaway Shetland goal early in the second half proved to be the winner and a sucker punch for the young Orcadians who deserved to get something out of the match. 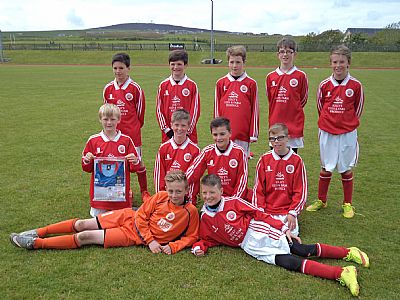 Earlier in the day an Orkney/Shetland Select had taken on Inverness Caley Thistle with the Premiership side proving too strong for the Northern Islanders who lost 5-0.