St Andrew Hurricanes are this year’s Primary Indoor League winners after coming through the season with an excellent unbeaten record. Needing to win two of their last four matches their task was made easier when St Andrews Dynamos beat nearest challengers Real Dounby 2-1 in their opening match. Hurricanes won three of their final matches and although they were held to a 0-0 draw in their final match against Real they ended with a comfortable 14 point lead over the West Mainland primary.

Hope Hotspurs picked up the Shore Shield for the smaller primary schools after edging out Evie Hammers in a thrilling race which also went to the final night. A victory against Firth Scorpions and a draw against St Andrews Dynamos was sufficient to win the Shield as both Hotspurs and Hammers lost their games against Papdale Flyers. 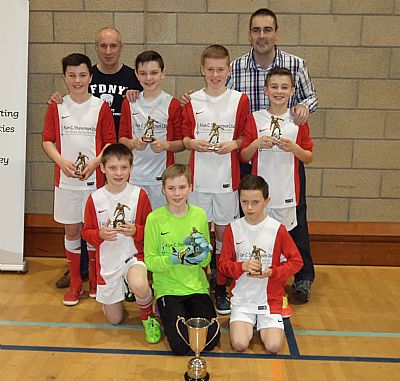 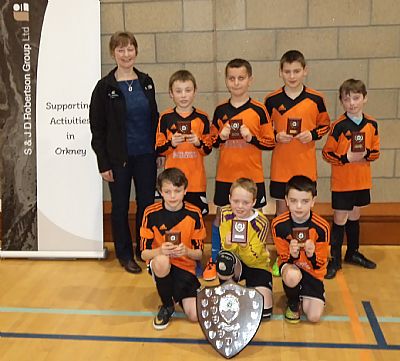 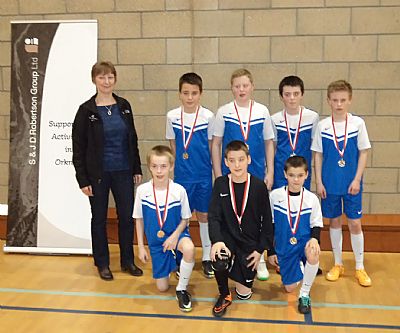 Real Dounby, Runners Up in the League