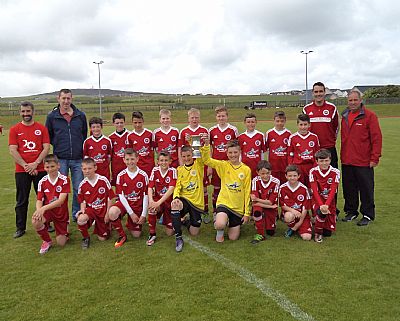 Congratulations to Orkney’s Under 12 squad who regained the John Manson Trophy with a well deserved 1-0 win over Shetland at Picky today. Although the team dominated possession and created a number of chances some wayward finishing and stout Shetland defending restricted the home side to a single goal. Goal hero was Owen Buchanan with a strike early in the second half. There was double success for the Under 12’s when the B team came from behind to beat Shetland B 2-1 with a double from Jason Scott. Well done to all the squad and coaches who were presented with the cup by John Manson.