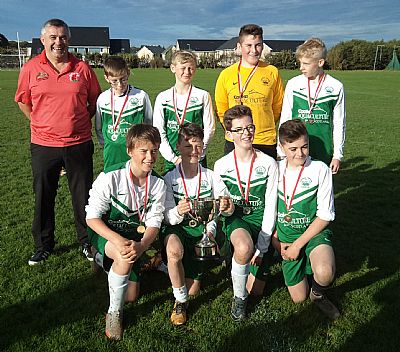 A great end to the summer football youth competitions with an exciting Clouston Cup and Plate played at Picky today. Well done to all the 15 teams who played for 6 hours in almost perfect conditions in late summer sunshine but slightly soft underfoot conditions resulting in a few muddy players at the end of the day.

It was very tight in the Clouston Cup competition with East United narrowly edging out Stromness A in the first semi-final 1-0 and Thorfinn A eventually beating clubmates Thorfinn B on penalties after the match ended goalless. The final was equally tight with few chances and it took a deflected free kick to beat the East goalkeeper for a second half winner for Thorfinn A.

A well deserved victory for East United B in the Plate with a 5-0 win over a Thorfinn D team who performed very well in their run to the final including a penalty kick victory over Dounby A in the quarter finals. Congratulations to Thorfinn A and East Utd B. 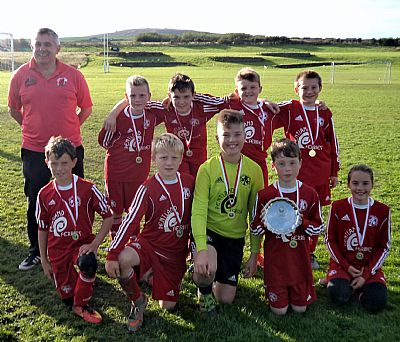