Stromness SC is run by a group of dedicated Flag Officers and Members and is well supported by others both on and off the water. Details of the current flag officers are given below. 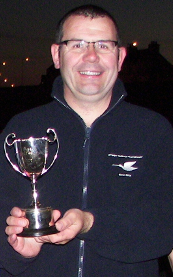 Mark has been an active and enthusiastic member of Stromness SC for many years and is the Club's Senior Dinghy Instructor and Child Protection Officer.

He was the main driving force behind the Club's successful mission to obtain sponsorship to train instructors, improve the Club's Topper fleet and purchase new RS Feva training dinghies and a new support RIB.

Having served his term as Vice Commodore for two years, Mark was elected as Commodore in December 2018.  He is committed to trying to develop the Club and build its membership base. 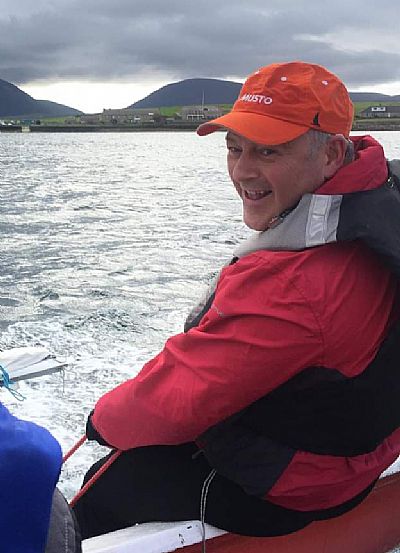 Tony has always been on or around the sea and boats, with his sailing career starting with wind surfers at 17.

He  then moved on to dinghy sailing and his RYA level 2 certificate in 1985 before stupidly taking a good 15 years out of boating. For the last ten years he has been sailing yachts but decided he needed to get back into dingies again too so bought a boat and joined the Stromness Sailing Club. It seemed a good way to go and he's never looked back since, this year taking on the role of Vice Commodore. 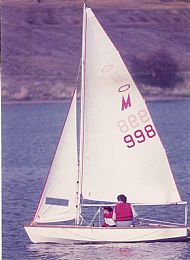 Iso has been a member of Stromness SC since 2004 and is currently Secretary. After several years acting as the Race Starter she has taken to the water again.

More than 35 years ago Iso used to sail frequently, most recently as skipper of a Miracle dinghy, but gave up when expecting her son and became mainly a land-lubber. She did manage to get on the water again in 2018 and 2019 but 2020 was to have been the big come-back year.  Unfortunately, the 2020 season was completely lost to COVID-19 restrictions so Iso is excited to be returning as crew to husband, Malcolm, this season and maybe trying to renew her own helming skills too. 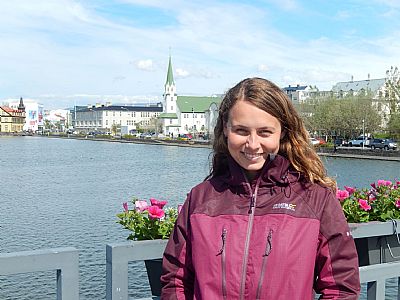 a-Bishop is from Poland and came to Orkney for the first time in the summer of 2005. After falling in love with the place she returned in 2006 and made her home in Stromness for good. She learned to sail in the Mazurian Lake District in Poland and on the sea, including yacht trips on the Baltic, North Sea and sailing on the tall ship STS Pogoria across the Atlantic from Las Palmas to the Carribean. Magda completed her adult training with the Club in 2016 and since then she has enjoyed crewing for James Bugon in his Snipe. Her sailing was suspended last year due to a new family arrival, but she hopes to be back on the water this season. Magda was elected to the role of Treasurer in December 2018.