If you have any pictures relating to The Orkney Club, we'd love to see them. Please contact us through the "Feedback" page.

Below is a selection of pictures from our archives.

Presentation to Murdo MacDonald (right) on his retirement as wine treasurer, a post he held for 25 years. On the left is David Kemp. 1970s.

Duncan and Angus ready to launch for the 2010 Ortak Cup Comp.S 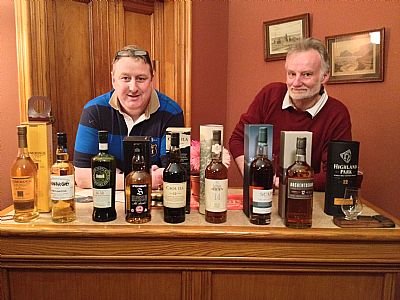