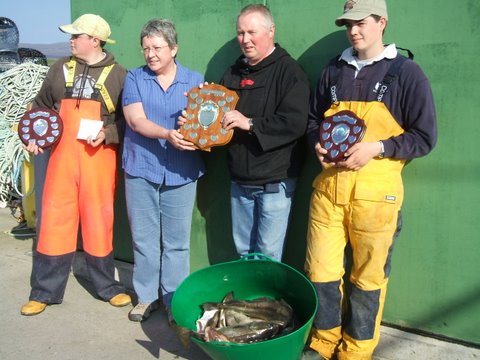 The Orcadian Competition was fished on Sunday 10th June 2007.

The anglers stopped at the Heal to try for mackerel, then a drift at The Caves before steaming for Rora. Fishing was patchy with some cod, ling and pollack in the baskets. Drifts either side of the Old Man produced a few more, before finishing for the day at the Caves trying for a big one.

Trophies and prizes were presented on the pier on behalf of The Orcadian by Margaret Carr. 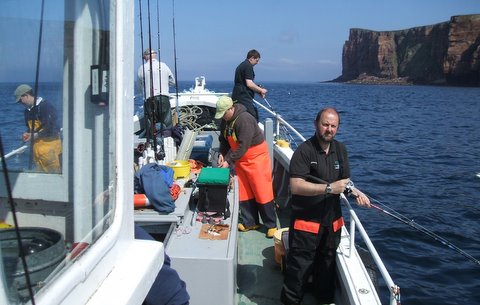 9 anglers, including 5 visitors, took part in the Shopping Week Northlink Ferries Festival in variable but generally good weather and sea conditions. A points system was used to allow 'catch and release' for any fish not needed.

Saturday - The club boat 'Welcome Home' skippered by Roy Anderson sailed to The Heel for a few mackerel, then on towards the Face of Hoy at 10am for competition 'lines down'. A good long drift south to the Old Man produced steady catches of pollack, cod and ling. Drifts either side of Rora were less productive, and not until good boat positioning at The Yellow Kist did the all rods catch together again, just before lines up for the steam home.

Sunday - The 'Welcome Home' again stopped at The Heel for bait which was quickly caught, then on to The Caves for a 9.45 start. A very good drift meant the skipper had his work cut out netting and handing out coloured tokens to anglers. This quality of fishing with mainly pollack with some cod and ling meant drifts around the same area as far as St. Johns Head all day.

Elaine Tullock of Northlink presented the Trophies, including the Colin Wylie memorial Trophy, and prizes on Sunday.

The Association would like to thank Northlink for the top prizes of return trips with passengers and car to Aberdeen and to Scrabster, Elaine for presenting the prizes, Colin Paterson for supplying the daily prizes and Roy the skipper. 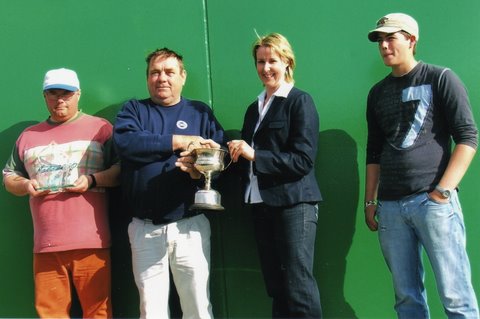 Two boats the 'Crusader' owned and skippered by Kenny Peace and the club's own boat the 'Welcome Home' skippered by Ronnie Tait headed out in light SW winds. A sea swell was still running from previous days and made fishing quite hard, especially in the morning. Both boats stopped at the Heel to fish for bait, then the 'Crusader' headed far out off Rora while the 'Welcome Home' tried to Rackwick and the Waterfall. Both boats finished drifting from St. John's Head north to the Cave.

Fishing was patchy in the morning, with some improvement later in the afternoon. Catches of ling were plentiful, with half being undersize 'bootlaces'. As ling and cod were the only species permitted, very few pollack were caught. This reflected in the final baskets.

The weigh-in results were as follows : 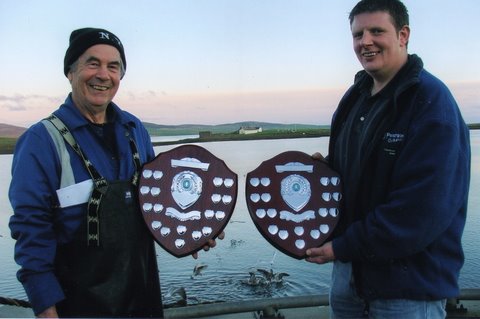